The Enigma of Room 622 (Compact Disc) 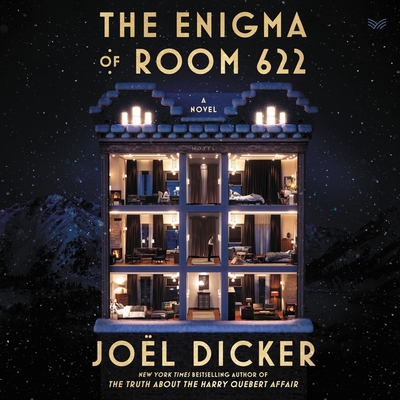 The Enigma of Room 622 (Compact Disc)

A burnt-out writer's retreat at a fancy Swiss hotel is interrupted by a murder mystery in this metafictional, meticulously crafted whodunit from the New York Times bestselling author of The Truth About the Harry Quebert Affair.

A writer named Jo l, Switzerland's most prominent novelist, flees to the H tel de Verbier, a luxury resort in the Swiss Alps. Disheartened over a recent breakup and his longtime publisher's death, Jo l hopes to rest. However, his plans quickly go awry. It all starts with a seemingly innocuous detail: at the Verbier, there is no room 622.

Before long, Jo l and fellow guest Scarlett uncover a long-unsolved murder that transpired in the hotel's room 622. The attendant circumstances: the succession of Switzerland's largest private bank, a mysterious counterintelligence operation called P-30, and a most disreputable sabotage of hotel hospitality. A European phenomenon, The Enigma of Room 622 is a matryoshka doll of intrigue-as precise as a Swiss watch-and Dicker's most diabolically addictive thriller yet.

Translated from the French by Robert Bononno