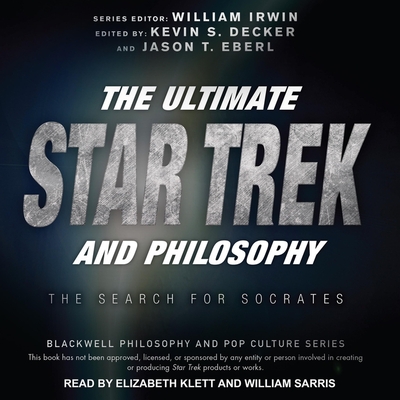 ● Reunites the editors of Star Trek and Philosophy with Starfleet's finest experts for thirty-one new, highly logical essays ● Features a complete examination of the Star Trek universe, from the original series to the most recent films directed by J. J. Abrams, Star Trek (2009) and Star Trek Into Darkness (2013) ● Introduces important concepts in philosophy through the vast array of provocative issues raised by the series, such as the ethics of the Prime Directive, Star Trek's philosophy of peace, Data and Voyager's Doctor as persons, moral relativism and the Federation's quest for liberation, the effect of alternate universes on reality and identity, the Borg as transhumanists, Federation Trekonomics, Star Trek's secular society, and much, much more ● An enterprising and enlightening voyage into deep space that will appeal to hardcore fans and science fiction enthusiasts alike.