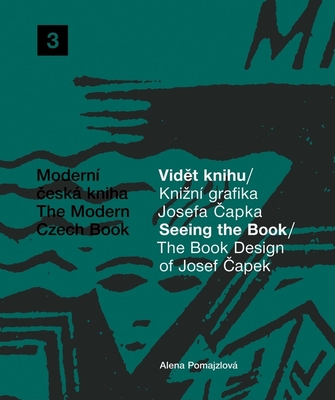 Josef Capek (1887-1945) was one of Czech modernism's most formative protagonists. The artist first studied weaving before finding his m tier as both a painter and designer. During a short stint in Paris, he befriended the poet Guillaume Apollinaire, who was then the leading theorist of and driving force behind Cubism. Capek adopted the Cubist style, fusing it with moodier elements of Expressionism and Symbolism to create a uniquely Czech take on the style. Alongside his work as a painter, Capek designed several hundred book covers from 1918 until his death in 1945 for Czech publications of early twentieth-century authors such as Apollinaire, Karel Capek, Jan Bartos, Josef Hora, Josef Kopta, Pierre Mac Orlan, Giovanni Papini, Pirandello, Miroslav Rutte and Georg Trakl and nineteenth-century authors such as Flaubert, Goethe, Kropotkin, Sheridan Le Fanu and Arthur Machen. Capek's designs were much celebrated in Czechoslavakia for their simplicity and their virtuoso use of linocut. Itself a beautiful publication, The Book Design of Josef Capek: Seeing The Book presents a fully-illustrated and complete survey of this rarely seen work.