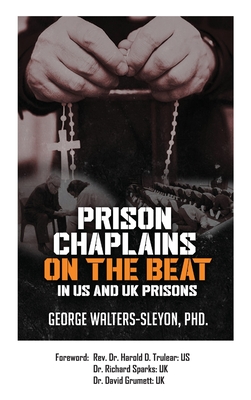 "Powerfully combines historical and empirical approaches to religion in prisons. Brings new understanding of the pastoral and prophetic roles of prison chaplains and launches a searing ethical critique of mass incarceration. The comparisons between the United States and Britain are instructive for current and future prison policy in both locations." - Dr. David Grumett, School of Divinity, University of Edinburgh, UK

"George Walters-Sleyon's *Prison Chaplains on the Beat* offers a new perspective on the predicaments of contemporary penal politics and practices, especially their racialized harms. Chaplains are both observers of and participants in the contemporary prison scene, and their perspective is a special, but hitherto under-reported one. By reconsidering our carceral condition through this lens, Walters-Sleyon illuminatingly re-states the moral and political challenges of mass incarceration." - Dr. Richard Sparks, School of Law, University of Edinburgh, UK