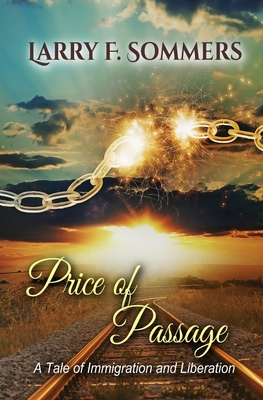 
We can get this for you pretty soon!
It's 1853. ANDERS, the law at his heels, sails from Norway to seek a life of honor and respect in America. MARIA, a boat builder's daughter also seeking a new start, knows that she is just what Anders needs.
DANIEL, a young plantation runaway, flees northward to "free soil." Newlyweds Anders and Maria find him in their barnyard, hiding from slave catchers who can legally capture and return him to his master. Daniel's plight draws Anders, and drags Maria, into the conflict that is tearing the country apart.
Price of Passage is a tale of three pioneers whose lives depend on one another. The coming of civil war puts one in the Navy, one in the Army, and one at home, where she strives to save her farm and herself from a merciless creditor and finds a unique solution.Their harrowing journeys-filled with death and despair, love and hope-take Anders, Maria, and Daniel from New Orleans up the Mississippi River, into America's wild heartland.