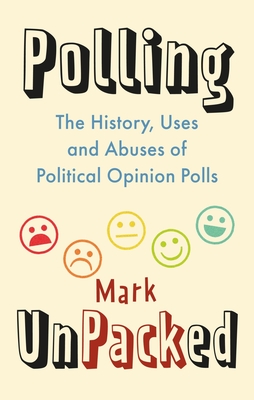 
We can get this for you pretty soon!
From a political-polling expert, an eye-opening—and hilarious—look at the origins of polls and how they have been used and abused ever since.

Opinion polls dominate media coverage of politics, especially elections. But how do the polls work? How do we tell the good from the bad? And in light of recent polling disasters, can we trust them at all?

Polling UnPacked gives us the full story, from the first rudimentary polls in the nineteenth century, through attempts by politicians to ban polling in the twentieth century, to the very latest techniques and controversies from the last few years. Equal parts enlightening and hilarious, the book requires no prior knowledge of polling or statistics to understand. But even hardened pollsters will find much to enjoy, from how polling has been used to help plan military invasions to why an exhausted interviewer was accidentally instrumental in inventing exit polls.

Written by a former political pollster and the creator of Britain’s foremost polling-intention database, Polling UnPacked reveals which opinion polls to trust, which to ignore, and which, frankly, to laugh at. It will change the way we see political coverage forever.
Mark Pack has extensive experience in conducting, commissioning, and analyzing political opinion polls. His previous books include 101 Ways to Win an Election and The Election Law Handbook.
“When it comes to polling, size doesn’t matter—it’s how you use it. . . . We learn about this golden rule and many more in Polling UnPacked, a comprehensive yet surprisingly fun overview of modern opinion polling. . . . Pack’s book is essential reading for anyone seeking to understand modern politics. . . . It is a timely manual for those wanting to spot good polls from bad ones.”
— Tom Calver

Most Anticipated Books of Spring 2022
— Reaction

"I am so glad I read this valuable book. It wears its learning so lightly, but I found out so much I didn’t know and needed to know."
— Daniel Finkelstein

"A must-have book for all who follow the polls that is both informative and a really good read. Pack has done a great job."
— Mike Smithson, PoliticalBetting.com