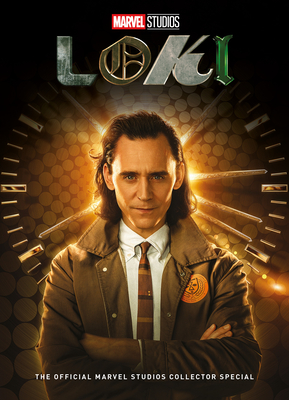 A behind-the-scenes look at Marvel Studios’ Loki, this deluxe book is a must-have for all fans of the Marvel Cinematic Universe.
Featuring interviews with the cast and crew including Loki himself, Tom Hiddleston, and co-stars Owen Wilson (Mobius), Sophia Di Martino (Sylvie), this collector’s edition explores the making of the dazzling special effects, action packed fights and stunts, and the stunning costume departments with stunning photos and art.

The book also delves into the complexities of the timeline with infographics, fun facts, and even a quiz.
Titan Magazines publishes TV and movie-themed titles for franchises Star Wars, Star Trek, and Marvel