Harper's Shiloh: A Novel of the First Bloodiest Battle (Hardcover) 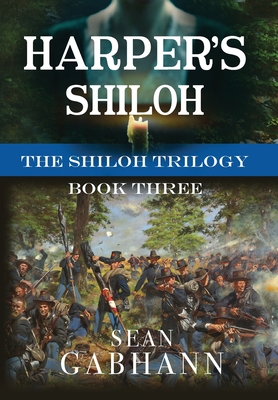 Harper's Shiloh: A Novel of the First Bloodiest Battle (Hardcover)

April 1862. The War of the Rebellion threatens the Deep South after Grant's army occupies most of west Tennessee. The Federals grow in strength as new recruits arrive every day and veteran divisions march from Nashville. Expectation rides the air in the Federal army. Meanwhile Confederate forces remain undetected behind their screen of first-class cavalry.

Katie Malloy learns that denouncing her previous life is not sufficient to take a respected place in the battalion, even though she enjoys Harper's protection as his ward. Exposed to the true brutality of camp life and of war, she faces even tougher challenges for survival when her bravery and loyalty are put to the ultimate test on the battlefield.

Corporal Gustav Magnusson continues to struggle with his own fears and feelings of self-worth. Concerned that his injuries may compel him to return home, confused over commitments to his family and his church, and troubled by his mixed feelings for Katie, he lashes out. Yet he must push these personal troubles aside to become the leader his men need on the day of battle.

When the Rebel Army of the Mississippi launches a surprise attack, success and failure are in constant flux, life and death hang in the balance, and triumph relies on the personal decisions of the individuals at the heart of the War Between the States. Gabhann's exquisite descriptions of men in battle follow the style of C.S. Forester and Leon Uris.