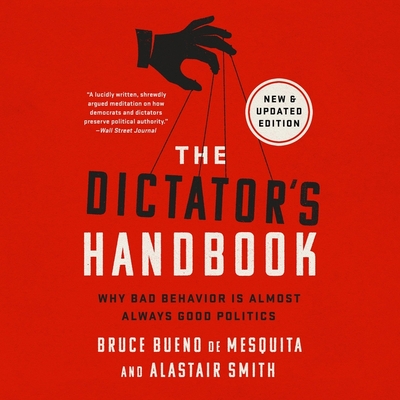 A groundbreaking new theory of the real rules of politics: leaders do whatever keeps them in power, regardless of the national interest.

As featured on the viral video Rules for Rulers, which has been viewed over 3 million times.

Bruce Bueno de Mesquita and Alastair Smith's canonical book on political science turned conventional wisdom on its head. They started from a single assertion: Leaders do whatever keeps them in power. They don't care about the national interest-or even their subjects-unless they have to.

This clever and accessible book shows that democracy is essentially just a convenient fiction. Governments do not differ in kind but only in the number of essential supporters, or backs that need scratching. The size of this group determines almost everything about politics: what leaders can get away with, and the quality of life or misery under them. The picture the authors paint is not pretty. But it just may be the truth, which is a good starting point for anyone seeking to improve human governance.