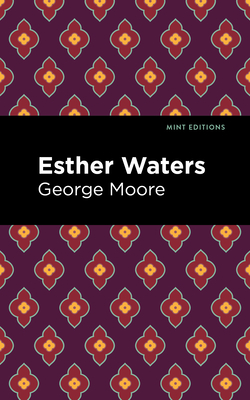 Esther Waters (1894) is a novel by George Moore. Considered his best novel, it was an immediate critical and commercial success, and has since been adapted several times for theater, film, and television. Like much of Moore's work, Esther Waters shows the influence of French naturalist writer mile Zola, who sought to portray the influence of heredity and social environment on the lives of characters without shying away from poverty, sex, disease, and suffering. Following her father's death and her mother's marriage to an abusive Londoner, Esther Waters arrives at the home of the Barfield family in Shoreham to work as a kitchen maid. There, she tries to work hard to support herself, but is soon seduced by a footman named William Latch. When he elopes with his employer's niece, Esther is left to hide her pregnancy for as long as possible. Discovered, she is dismissed, and soon thereafter gives birth to a healthy boy. Unmarried and poor, she makes the decision to raise Jackie as a single mother while seeking employment in London. Tragic and truthful, Esther Waters is the story of a woman who defies Victorian convention and suffers for nothing more than being born into poverty. With a beautifully designed cover and professionally typeset manuscript, this edition of George Moore's Esther Waters is a classic of Irish literature reimagined for modern readers.