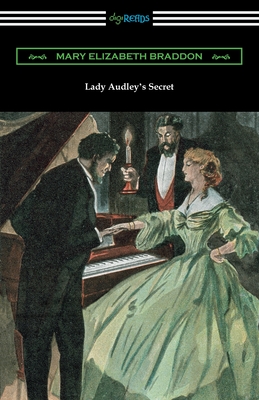 First published serially in 1861, Mary Elizabeth Braddon's "Lady Audley's Secret" is the wildly successful Victorian-era sensation novel. Sensation novels were very popular in English literature in the 1860s and 1870s. The novels were a combination of realism and romance and were usually tales of terrible crimes, such as murder, kidnapping, bigamy, adultery, and theft, occurring in otherwise normal, tranquil domestic settings. "Lady Audley's Secret" was one of the most popular novels of the genre and revolves around Robert Audley, a man determined to find out the cause of his friend's, George Talboys, disappearance. At the center of the mystery is Robert's uncle's wife, Lucy Audley, the Lady Audley of the novel's title and who Robert suspects of keeping secrets. With George's young son in questionable safety and lies, deception, and treachery surrounding him, Robert must uncover all that Lady Audley has hidden about her past while finding himself in increasing danger. A bestseller in Victorian England despite its scandalously immoral content, "Lady Audley's Secret" addresses the domestic anxieties and gender and class conflicts of the era while at the same time featuring a remarkable and complex female character. This edition is printed on premium acid-free paper.