Stanley Donwood: There Will Be No Quiet (Hardcover) 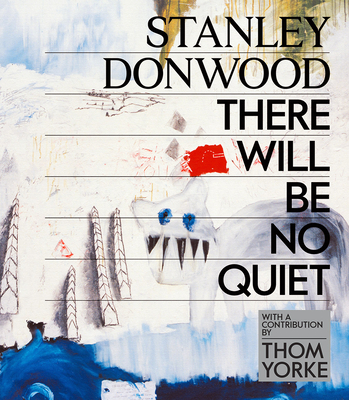 Stanley Donwood: There Will Be No Quiet (Hardcover)


Backordered - we'll try to let you know how long!
The prolific talent behind Radiohead’s iconic artwork reveals the creative process that has driven a career spanning more than 20 years

Widely regarded as one of the most important graphic artists of his generation, Stanley Donwood is the man behind Radiohead’s signature, yet ever-evolving, visual aesthetic. His influential work spans many practices over a 23-year period, from music packaging to installation work to printmaking. Here, he reveals his personal notebooks, photographs, sketches, and abandoned routes to iconic Radiohead artworks. Arranged chronologically, each chapter is dedicated to a major work—whether an album cover, promotional piece, or a personal project—and is presented as a step-by-step working case study. Featuring commentary by Thom Yorke and never-before-seen archival material, this is the first deep dive into Donwood’s creative practice and the artistic freedom afforded to him by working for a major music act. It is a must-have for fans of the band and anyone interested in graphic design and popular culture.

Stanley Donwood is an artist and writer who has collaborated with Radiohead since the release of their single “My Iron Lung” in 1994. In addition to his work for Radiohead, Donwood maintains a website, Slowly Downward, of his stories and other writings. He has also exhibited prints and drawings in London and elsewhere.
“This is a book that you need to spend time with . . . the rewards are glorious, and it offers fresh insights into albums and their visuals that you may have thought you already fully understood.”
— LA Weekly

“Donwood's newest book, There Will Be No Quiet, shows the breadth of his contributions to [Radiohead], but also the evolving nature of both the music and his own personal artistic practice.”
— Juxtapoz