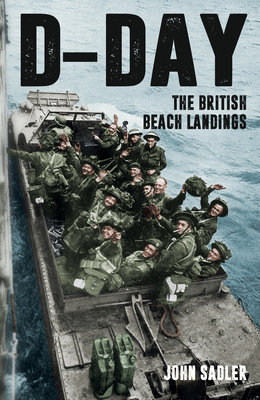 
Coming soon - preorder now!
D-Day, the Allied invasion of Europe, began on the night of June 5-6 1944. At 07.00 hours on the 6th, Britain's First Corps and XXX Corps came ashore on Sword and Gold beaches, to withering fire from the entrenched German forces. Within the initial and critical couple of hours some 30,000 soldiers, 300 guns and 700 armored vehicles were landed, a magnificent achievement and, though the sands were soon choked with the mother of all logjams, exacerbated by a swelling tide, the British were firmly lodged; a bridgehead had been secured, albeit a rather flimsy one at this juncture. This is the story of the British soldiers’ experience of the beach landings on that fateful morning - the spearhead of Operation Overlord.
John Sadler has had a lifelong interest in military history. He now combines writing with lecturing in History at Newcastle University and working as a battlefield tour guide, living history interpreter, and heritage consultant. He is a keen re-enactor and a long-time member of the Sealed Knot Society. He is the author of more than 40 books. He lives in mid-Northumberland.