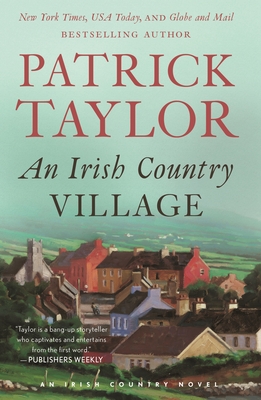 This is book number 2 in the Irish Country Books series.

Beautifully evocative of a gentler, simpler time, Patrick Taylor's An Irish Country Village magically captures the charm, wit, and ribald humor of a vanished Irish countryside and its people.

Welcome Back to the Village of Ballybucklebo.

And of course, to young Dr. Barry Laverty.

After Barry's first month as an assistant to crusty Dr. O'Reilly, he has been offered a permanent spot. But Laverty's excitement is dashed when one of his patients unexpectedly dies. The damage to his reputation is enormous, and he and O'Reilly must work to resolve the question of Barry's responsibility for the death.

They also have to figure out how to save the four-hundred-year-old village pub. Plans are afoot to not renew the hundred-year lease and instead transform the old pub into a sparkling new tourist trap.
To make matters even worse, Patricia Spence, the love of Barry's life, announces she is trying to win a scholarship to distant Cambridge University, all the way in England. . . .