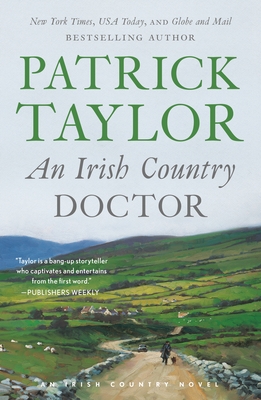 This is book number 1 in the Irish Country Books series.

Barry Laverty, M.D., can barely find the village of Ballybucklebo on a map when he first sets out to seek gainful employment there, but already he knows that there is nowhere he would rather live than in the emerald hills and dales of Northern Ireland. The proud owner of a spanking-new medical degree, Barry jumps at the chance to secure a position as an assistant in a small rural practice.

At least until he meets Dr. Fingal Flahertie O'Reilly.

The older physician, whose motto is to never let the patients get the upper hand, has his own way of doing things, which definitely takes some getting used to. At first, Barry can't decide if the pugnacious O'Reilly is the biggest charlatan he has ever met, or possibly the best teacher he could ever hope for.

Ballybucklebo is long way from Belfast, and Barry soon discovers that he still has a lot to learn about country life. But if he sticks with it, he just might end up finding out more about life--and love--than he ever imagined back in medical school.