Came A Horseman: A hard ride in a fierce world (Paperback) 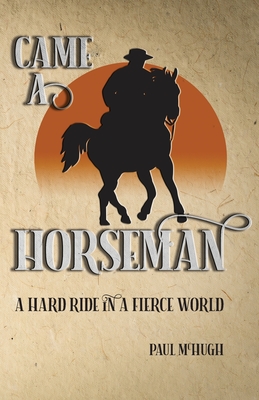 Came A Horseman: A hard ride in a fierce world (Paperback)

Ten years after Earth's electronics were fried by an immense solar flare, most human technology has turned useless and civilization has begun to fail. But one thriving pocket is a valley on California's coast, where farmers in a religious cult dwell. A tribe of local hunters protect them. But this arrangement gets upended when a young refugee, Kyle Skander, wrecks his kayak there as he seeks to paddle north to Arcata. Kyle finds himself accused of murdering a young woman from the commune. To win freedom, he must find the real killer. His combative personality and a background in logic and philosophy helps Kyle make headway at this task. His investigation begins to uncover the valley's deepest secrets. Then, buried rivalries erupt into a battle that alters forever this enclave's fate.

Paul McHugh is the award-winning author of six books, including three novels. He's an accomplished outdoorsman and a lauded journalist whose work has appeared in "The New York Times", "The Washington Post", "The Mercury News", and, for much of his career, in "The San Francisco Chronicle".
" A taut thriller by a terrific storyteller. The political headlines of today make it timely as hell." -- Dan Rather, "News & Guts Media"