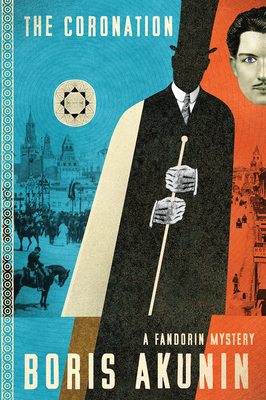 From Russia's bestselling and most celebrated crime fiction writer, Boris Akunin, The Coronation casts Fandorin in a swashbuckling tale of abduction and intrigue, set during the build-up to the coronation of Tsar Nicholas II

Boris Akunin has been hailed as Russia's answer to both Agatha Christie and Sir Arthur Conan Doyle for his beloved Fandorin mystery series. After five years spent abroad building up a business as something of a private investigator, the handsome, stuttering Fandorin is back in Moscow--and in for a case that entangles him with the highest echelons of Romanov royalty.

Grand Duke Georgii Alexandrovich arrives in Moscow with three of his children for the coronation of Tsar Nicholas II, who is fated to become the last Emperor of Russia. During an afternoon stroll in the park, Georgii's daughter Xenia is dragged away by bandits, only to be rescued by an elegant gentleman and his Japanese sidekick. The passing heroes introduce themselves as Erast Petrovich Fandorin and Masa, but panic ensues when the party realizes that four-year-old Mikhail has been snatched in the confusion.

A ransom letter arrives from an international criminal demanding the handover of the Count Orlov, an enormous diamond on the royal scepter which is due to play a part in the coronation. Can the gentleman detective find Mikhail in time? The Coronation is a fantastically entertaining and deftly plotted take on the hostage novel, not to be missed.