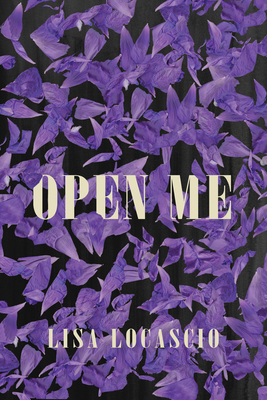 
Special order - we'll let you know how long!
"Locascio's story of a young American abroad is unflinching in its portrayal of sex, desire, racism, and the excitement and confusion of youth. Infused with erotics and politics, this is a novel that will haunt you."--Viet Thanh Nguyen, Pulitzer Prize-winning author of The Sympathizer Roxana Olsen has always dreamed of going to Paris, and after high school graduation finally plans to travel there on a study abroad program--a welcome reprieve from the bruising fallout of her parents' divorce. But a logistical mix-up brings Roxana to Copenhagen instead, where she's picked up at the airport by S ren, a twenty-eight year old guide who is meant to be her steward. Instantly drawn to one another, Roxana and S ren's relationship turns romantic, and when he asks Roxana to accompany him to a small coastal town for the rest of the summer, she doesn't hesitate to accept. There, Roxana's world narrows and expands as she experiences fantasy, ritual, and the pleasures of her body, a thrilling realm of erotic and domestic bliss. Seduced by this newfound connection, Roxana doesn't object when S ren requests that she spend her days alone in the apartment while he goes to the library to work. As their relationship deepens, S ren's temperament darkens, and Roxana finds herself increasingly drawn to a local outsider, Zlatan, whom she learns is a Muslim refugee from the Bosnian War. The cycle of awakenings sparked by these two relationships challenge and open Roxana in ways she never imagined. A coming-of-age like no other, from a magnetic new voice in fiction, Open Me is a daringly original and darkly compelling portrait of a young woman discovering her power, her sex, and her voice; and a propulsive exploration of estrangement and what it means to belong.
Lisa Locascio's work has been published in The Believer, Salon, n+1, Bookforum, Tin House, American Short Fiction, The Los Angeles Review of Books and elsewhere. She is co-publisher of Joyland and editor of 7x7LA. Open Me is her first novel.