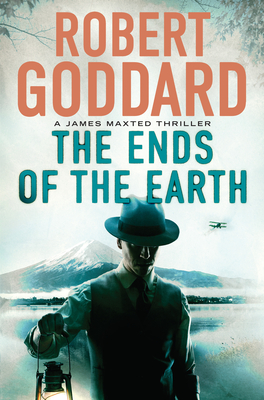 This is book number 2 in the James Maxted Thriller series.

Internationally bestselling author Robert Goddard has been called "a master of the sly double- and triple-cross" (Seattle Times). In the third installment of the James Maxted thriller series, starring a dashing Royal Flying Corps veteran turned secret service operative, the truth about allegiances has never been less certain. The Treaty of Versailles has finally been signed, officially ending the World War I peace negotiations, and the action shifts east, to Tokyo, where a team assembled at Max's behest anxiously awaits his arrival on the docks. Max had arrived in Paris soon after the end of the Great War to investigate the suspicious death of his father, a British diplomat named Sir Henry, and soon plunged into a treacherous game of cat-and-mouse with the people behind his father's death: German spymaster Fritz Lemmer and the dark horse of the Japanese diplomatic contingent, Count Tomura. It is in Japan--where Sir Henry worked as a young government agent--that Max hopes to finally uncover the whole truth behind his father's murder and take down Lemmer's spy network once and for all. But what Max's cohort doesn't know is that his own storyline seems to have come to an end in a villa outside Marseilles. Stuck in limbo, the team decides to pursue their only lead--right into Lemmer's den. Loaded with death threats, knife fights, a kidnapping or two, and a coded list that has the power to dismantle whole governmental hierarchies, The Ends of the Earth is a masterful work of historical cut-and-thrust that tests the bonds of family and country to their very limit.

Robert Goddard is the Edgar Award-winning, internationally bestselling author of Long Time Coming, Past Caring, and Into the Blue, which won the first WH Smith Thumping Good Read Award and was later filmed for television. The James Maxted series also includes The Ways of the World and The Corners of the Globe. Goddard read history at the University of Cambridge and lives in Cornwall.