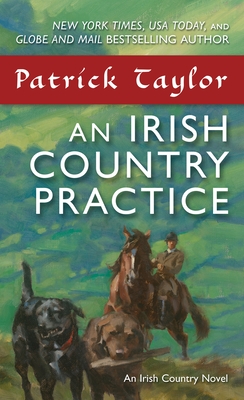 This is book number 12 in the Irish Country Books series.

Once, not too long ago, there was just a single Irish country doctor tending to the lively little village of Ballybucklebo: Doctor Fingal Flahertie O’Reilly. Now his thriving practice is growing by leaps and bounds.

Not only has O’Reilly taken a new trainee under his wing, Doctor Connor Nelson, he’s also added a spirited Labrador puppy to his ever-expanding household at Number One Main Street. Meanwhile, his trusted partner, young Doctor Barry Laverty, finds himself wondering if he’s truly ready to settle down and start a family with his lovely fiancée, Sue.

As the doctors cope with domestic and professional challenges, they also look after their patients and their ailments, including a mysterious cough, a housewife whose frequent “accidents” may have a disturbing cause, and a respected colleague who might be succumbing to an old vice.

All is not sickness and worry, however. There’s plenty of joy and merriment to be found as well, from a visiting circus to racing to sailing . . . and maybe even a happy ending or two.