Only Wounded: Stories of the Irish Troubles (Paperback) 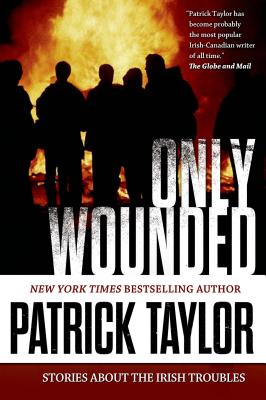 Only Wounded: Stories of the Irish Troubles (Paperback)

Ireland, home of legendary poets and storytellers, has been wracked by bloody sectarian violence over the last quarter century. Bombs and guns were, and once again are, the primary negotiation tools used by Catholic and Protestant extremists in the conflict surrounding the sovereignty of Northern Ireland-the six counties known as Ulster.

Only Wounded centers on the hopes and despairs of everyday life during these new Troubles. New York Times bestselling author Patrick Taylor traces an intricate narrative path through Ulster, detailing sensitive, unbiased portraits of the ordinary-and not so ordinary-people caught in the partisan brutality of Northern Ireland.

"Throughout the collection are several stories relating the strong friendship between Pat and Neil, Catholic and Protestant, which offer a glimmer of hope for the future of a Northern Ireland in which all people, regardless of their religion, can live in peace...This book is highly recommended." - Historical Novel Society