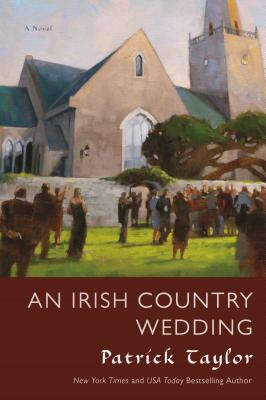 This is book number 7 in the Irish Country Books series.

Love is in the air in the colorful Ulster village of Ballybucklebo, where Dr. Fingal Flahertie O'Reilly has finally proposed to the darling of his youth, Kitty O'Hallorhan. There's a wedding to be planned, but before O'Reilly can make it to the altar, he and his young colleague, Barry Laverty, M.B., must deal with the usual round of eccentric patients—and crises both large and small.

Being a G.P. in a place like Ballybucklebo often can mean more than simply splinting broken bones and tending to aches and pains. It can also mean helping a struggling young couple acquire their first home, clearing the name of a cat accused of preying on a neighbor's prize pigeons, and encouraging a bright working-class girl who dreams of someday becoming a doctor herself. And, if you're Barry Laverty, still smarting from a painful breakup, there might even be a chance for a new romance with a lovely schoolteacher, if her passionate political convictions don't get in the way.

Much has changed in Ballybucklebo, and bigger changes are in store, but the lives and practices of these Irish country doctors remain as captivating and irresistible as ever.

“Taylor is a bang-up storyteller who captivates and entertains from the first word.” —Publishers Weekly on An Irish Country Girl

“Patrick Taylor has become probably the most popular Irish-Canadian writer of all time.” —The Globe and Mail