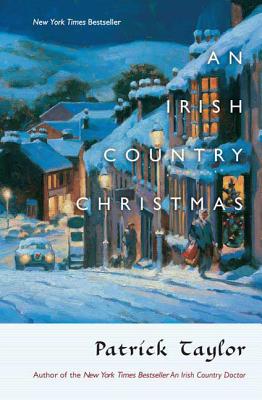 Barry Laverty, M.B., is looking forward to his first Christmas in the cozy village of Ballybucklebo, at least until he learns that his sweetheart, Patricia, might not be coming home for the holidays. That unhappy prospect dampens his spirits somewhat, but Barry has little time to dwell on his romantic disappointments. Christmas may be drawing nigh, but there is little peace to be found on earth, especially for a young doctor plying his trade in the emerald hills and glens of rural Ireland.

Along with his senior partner, Doctor Fingal Flahertie O'Reilly, Barry has his hands full dealing with seasonal coughs and colds, as well as the occasional medical emergency. To add to the doctors' worries, competition arrives in the form of a patient-poaching new physician whose quackery threatens the health and well-being of the good people of Ballybucklebo. Can one territory support three hungry doctors? Barry has his doubts.

But the wintry days and nights are not without a few tidings of comfort and joy. Between their hectic medical practice, Rugby Club parties, and the kiddies' Christmas Pageant, the two doctors still find time to play Santa Claus to a struggling single mother with a sick child and not enough money in the bank. Snow is rare in Ulster, and so are miracles, but that doesn't mean they never happen. . . .

“Full of stories and vivid characters, the novel recalls a good night in a pub. Its greatest charm lies in homey Ulster idioms. . . . Good, light entertainment.” —Booklist on An Irish Country Village

“This book is written with compassion and hilarity about a community whose inhabitants are as wonderful and loony as any on earth.” —Malachy McCourt, New York Times bestselling author on An Irish Country Doctor