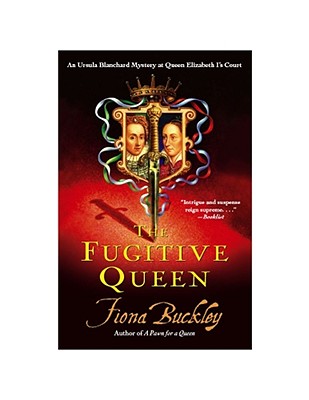 
We can get this for you pretty soon!
It is 1568, three years since Ursula Blanchard exchanged her work as a spy in the service of her half sister, Queen Elizabeth, for the relative calm of married life. But when Elizabeth summons her, loyal Ursula senses there is more to her seemingly benign request than meets the eye. She is to pluck Penelope Mason, her inappropriately flirtatious protégé, from court and find the disgraced girl a husband, and she is also to deliver a secret warning to Elizabeth's arch rival, Mary, Queen of Scots. Gradually, Ursula comes to understand the true delicacy and danger of this mission. Exiled after the suspicious death of her husband, Mary is now a fugitive queen and a "guest" in northern England's daunting Bolton Castle. Ursula, with her blade-sharp acuity, can outsmart Mary's notorious charm and sidestep treasonous traps while extracting the truth. But can she protect those who look to her -- including young Penelope -- from a deadly game where, to those who hunger for power at all costs, murder is a small price to pay?
Fiona Buckley is the author of eight historical mystery novels featuring Ursula Blanchard: To Shield the Queen, The Doublet Affair, Queen's Ransom, To Ruin a Queen, Queen of Ambition, A Pawn for a Queen, The Fugitive Queen, and The Siren Queen. She lives in North Surrey, England.

Ann Prichard USA Today Buckley writes a learned historical mystery; Ursula, too, is a smart lass, one whose degrees must include a B.A. (for bedchamber assignations) and an M.S.W. (for mighty spirited wench).

Karen Robards The New York Times bestselling author of Whispers at Midnight and Beachcomber This is top-notch romantic suspense with a twist: a historical setting. The Fugitive Queen is thoroughly engrossing from the first page to the last.