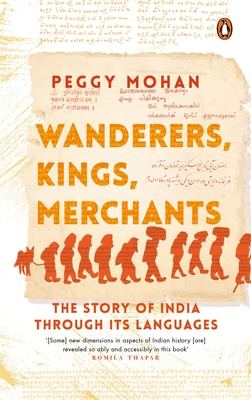 
We can get this for you pretty soon!
One of India's most incredible and enviable cultural aspects is that every Indian is bilingual, if not multilingual. Delving into the fascinating early history of South Asia, this original book reveals how migration, both external and internal, has shaped all Indians from ancient times. Through a first-of-its-kind and incisive study of languages, such as the story of early Sanskrit, the rise of Urdu, language formation in the North-east, it presents the astounding argument that all Indians are of mixed origins.It explores the surprising rise of English after Independence and how it may be endangering India's native languages.
Peggy Mohan began life in Trinidad, West Indies, and earned a PhD in linguistics from the University of Michigan. She has taught linguistics at Jawaharlal Nehru University and Jamia Millia Islamia, among other centres. She is the author of three novels, and has contributed to reputed publications, such as the Economic and Political Weekly and IIC Quarterly. She has developed educational television programmes for children, and learnt cartoon animation and opera singing. She now teaches music in Vasant Valley School, New Delhi.