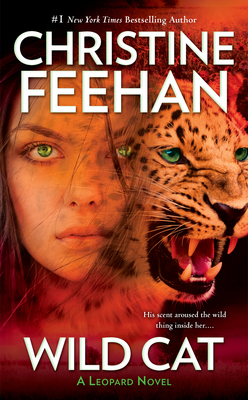 This is book number 8 in the A Leopard Novel series.

In this Leopard novel by the #1 New York Times bestselling author Christine Feehan, passions explode like wildfire when a young woman’s feral instincts are ignited by a man who’s too dangerous not to desire…

A simple request for Siena Arnotto: deliver a gift to her grandfather’s friend. One look at Elijah Lospostos, hard-bodied and stripped to the waist, and Siena succumbs to a feline stirring she never felt before, and to Elijah’s reckless and pleasurable demands. But when that pulse-throbbing moment ends in the murder of an unexpected intruder, Elijah accuses the shaken and confused Siena of setting him up.

Then Siena discovers the truth of her Leopard heritage, of the secrets in her grandfather’s inner circle, and the sinister plot of revenge that has put her in jeopardy. When Siena’s grandfather is assassinated, she realizes the only man she can trust is Elijah. Now as her Leopard rises from within, Siena and Elijah share not only an animal instinct for survival—but a desire so raw and wild it may be the only thing that can save them.
Christine Feehan is the #1 New York Times bestselling author of the Carpathian series, the GhostWalker series, the Leopard series, the Shadow Riders series, and the Sea Haven novels, including the Drake Sisters series and the Sisters of the Heart series.