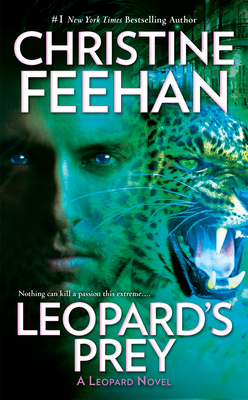 This is book number 6 in the A Leopard Novel series.

From a tough stint in the armed forces to stalking the unknown as a bayou cop, leopard shifter Remy Boudreaux has been served well by his uncanny gifts. And right now, New Orleans could use a homicide detective like Remy.

A serial killer is loose, snatching victims from the French Quarter with pitiless rage and unnatural efficiency. But something else is drawing Remy into the twilight—a beautiful jazz singer bathed night after night in a flood of bloodred neon.

Sultry, mysterious and as seductive as her songs, she’s luring Remy deeper into the shadows than he ever imagined. And as their passions swell, his keen instinct for survival will be challenged like never before. By a killer—and by a woman.
Christine Feehan is the #1 New York Times bestselling author of the Carpathian series, the GhostWalker series, the Leopard series, the Shadow Riders series, and the Sea Haven novels, including the Drake Sisters series and the Sisters of the Heart series.