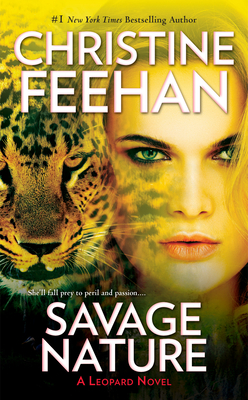 This is book number 5 in the A Leopard Novel series.

When Saria Boudreaux finds a dead body in the Louisiana bayou near her home, her first instinct is to go to the police. But there’s a problem—it looks like the victim may have been killed by a big cat, and her brothers are all shape-shifting leopards.

Sent to investigate by the land’s owner, leopard shifter Drake Donovan is ready for anything—except the insatiable hunger that rocks him when he meets Saria. Deep in his soul he knows that she is destined to be his mate. Torn between protecting her brothers and finding the truth, Saria treads warily around the powerful shifter. Yet as they venture deep into the mysterious bayou on a hunt for the killer, Saria finds herself longing for Drake’s touch and the sweet release of surrender...
Christine Feehan is the #1 New York Times bestselling author of the Carpathian series, the GhostWalker series, the Leopard series, the Shadow Riders series, and the Sea Haven novels, including the Drake Sisters series and the Sisters of the Heart series.