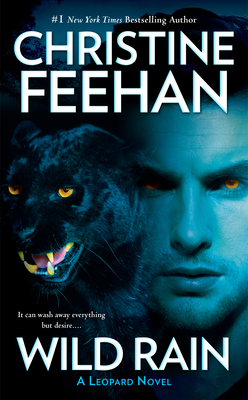 This is book number 2 in the A Leopard Novel series.

#1 New York Times bestselling author Christine Feehan explores the dark past of a woman on the run—and her dark desire for the only man she dares to trust—in this wild novel in the Leopard series.

With a new identity, a staged death, and a chance to flee the treachery that stalks her, Rachel has escaped from a faceless assassin. Now, thousands of miles from home, under the lush canopy of the rainforest, she’s found sanctuary.

As Rachel’s past looms as oppressively as the heat of the forest and Rio unleashes the secret animal instincts that course through his blood, Rachel fears that her isolated haven has become an inescapable hell...
Christine Feehan is the #1 New York Times bestselling author of the Carpathian series, the GhostWalker series, the Leopard series, the Shadow Riders series, and the Sea Haven novels, including the Drake Sisters series and the Sisters of the Heart series.