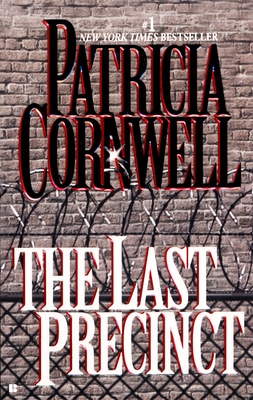 This is book number 11 in the Scarpetta series.

The new era of Scarpetta begins…

In this #1 New York Times bestselling novel, Patricia Cornwell takes her readers deeper into Kay Scarpetta’s heart and soul than ever before….

Thwarting an attack by a suspected serial killer puts Virginia’s Chief Medial Examiner Kay Scarpetta in the harsh glare of the spotlight. As her personal and professional lives come under suspicion, she discovers that the so-called Werewolf murders may have extended to New York City and into the darkest corners of her past. A formidable prosecutor, a female assistant district attorney from New York, is brought into the case—and Scarpetta must struggle to make what she knows to be the truth prevail against mounting and unnerving evidence to the contrary. Tested in every way, she turns inward to ask, Where do you go when there is nowhere left?

Patricia Cornwell is considered one of the world's bestselling crime writers. Her intrepid medical examiner Kay Scarpetta first appeared on the scene in 1990 with Postmortem—the only novel to win the Edgar, Creasey, Anthony, and Macavity awards and the French Prix du Roman d'Aventure in a single year—and Cruel and Unusual, which won Britain's prestigious Gold Dagger Award for the best crime novel of 1993. Dr. Kay Scarpetta herself won the 1999 Sherlock Award for the best detective created by an American author. Ms. Cornwell's work is translated into 36 languages across more than 120 countries.

“Ignites on the first page…Cornwell twists escalating violence, unrelenting tension and growing paranoia into a thick rope of horror and unfolding conspiracy. No one depicts the human capability for evil better than she…Cornwell has created a character so real, so compelling, so driven that this reader has to remind herself regularly that Scarpetta is just a product of an author’s imagination.”—USA Today

“Plots within plots, fraught atmosphere and unrelenting suspense keep readers on tenterhooks while one trap after another springs under unwary feet. Cunningly designed, ingeniously laid out, composed with Cornwellian skill, this far-from-the-Last Precinct is a model of the art.”—Los Angeles Times

“The most unexpected of the Kay Scarpetta novels so far…The Last Precinct unfolds deliberately, keeping you in the dark along with Scarpetta so that when the revelations dawn, you’re almost reeling, too. The overwhelming feeling, though, is that Cornwell has the series on the verge of spinning off in a thrilling new direction. The Last Precinct may just be a terrific first step toward something even more exhilarating.”—The Miami Herald

“One of Ms. Cornwell’s better novels…There are surprises and unexpected plot twists…A page-turner that will engage, surprise, and engross readers to the final page.”—The Richmond Times Dispatch