Devil in a Blue Dress: A Novel (Hardcover) 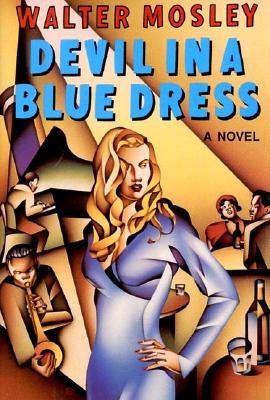 Devil in a Blue Dress: A Novel (Hardcover)

It's 1948, and Easy Rawlins is on the trail of a missing woman in South Central L.A.

Devil in a Blue Dress honors the tradition of the classic American detective novel by bestowing on it a vivid social canvas and the freshest new voice in crime writing in years, mixing the hard-boiled poetry of Raymond Chandler with the racial realism of Richard Wright to explosive effect.

Walter Mosley is the author of four previous mystery novels in the Easy Rawlins series: Devil in a Blue Dress (basis for the acclaimed film starring Denzel Washington), A Red Death, White Butterfly, and Black Betty, a New York Times bestseller. In August 1995 he published his first non-genre novel, RL's Dream, to widespread praise. Mosley is the current president of the Mystery Writers of America, a member of the executive board of the PEN American Center and founder of its Open Book Committee, and is on the board of directors of the National Book Awards. His novels are now published in eighteen countries. He is at work on a book featuring a new character, a philosophical and tough ex-convict named Socrates Fortlow; sections have already appeared in Esquire and GQ. A native of Los Angeles, Mosley lives in New York City.