In the Forest: A Novel (Paperback) 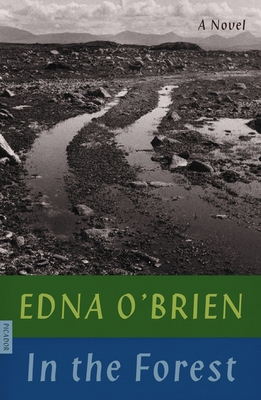 In the Forest: A Novel (Paperback)

In the Forest is a newly reissued edition of the terrifying novel from "one of the greatest writers in the English-speaking world" (The New York Times), Edna O'Brien.

"O'Brien brings together the earthy and delicately poetic: she has the sound of Molly Bloom and the skills of Virginia Woolf." —Newsweek

O'Brien takes her reader into the mind of Michen O'Kane, a murder who terrorizes the countryside of western Ireland, and traces his transformation from a neglected child to a twisted killer. In the Forest is based on a true story of local horror, and O'Brien provides fragments of O'Kane's story while leaving her reader to try and make sense of his psyche.

Edna O’Brien has written more than twenty-five works of fiction, including The Little Red Chairs and The Light of Evening. She is the recipient of numerous awards, including the PEN/Nabokov Award for Achievement in International Literature, the Irish PEN Lifetime Achievement Award, the National Arts Club Medal of Honor, and the Ulysses Medal. Born and raised in the west of Ireland, she has lived in London for many years.