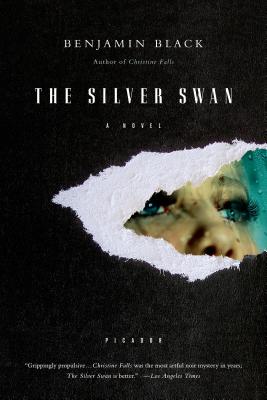 This is book number 2 in the Quirke series.

It has been two years since the events of Christine Falls, the bestselling novel that introduced the world to an irascible Dublin pathologist named Quirke. Quirke's beloved Sarah has died, his surrogate father lies paralyzed by a stroke, and he's been sober for half a year. When a near-forgotten acquaintance asks him to cover up his beautiful young wife's apparent suicide, Quirke knows he should stay clear, for the sake of his sobriety and his peace of mind. But his old itch is irresistible, and before long he is probing further into the circumstances of Deidre Hunt's death, into a web of drugs and illicit sex that may have snared his own daughter, Phoebe. With its vivid, intense evocation of 1950s Dublin, and intricate, psychologically complex storyline, The Silver Swan is "even more engrossing than last year's Christine Falls" (Entertainment Weekly).

“Grippingly propulsive . . . Christine Falls was the most artful noir mystery in years; The Silver Swan is better.” —Los Angeles Times

“[Black] proved he could walk the crime-fiction walk with the Edgar®-nominated Christine Falls, and now his luminous prose gets an even better infrastructure in the sequel, a faster-paced, further melancholic slice of the noir life of Dublin pathologist Quirke.” —Baltimore Sun

“[A] brilliant book.” —The Seattle Times

“A superb sense of place and an unsettling atmosphere of dread and repressed desire.” —The Providence Journal

“A satisfying blend of the muck, and pluck, of the Irish . . . The author knows 1950s Dublin inside and out and the narrative drives onward with pitch-perfect passages.” —The Christian Science Monitor

“[Black] is a superb, evocative writer.” —The Miami Herald

“Black's prose is as clear and moody as Banville's, never stooping to cliché in word, image, or concept. . . . The delicate but inexorable suspense grows in the natural way, from misunderstanding, deceit, loneliness, and fear.” —The Oregonian (Portland)

“[Black's] sinuous prose, subtle eroticism, and 1950s period detail do more than enough to put this series on the map.” —The New York Times Book Review