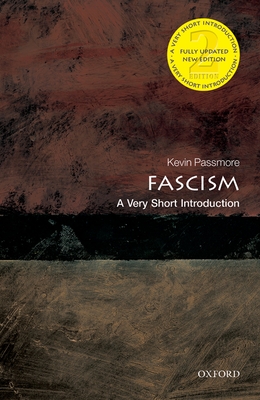 
On our shelves now!
What is fascism? Is it revolutionary? Or is it reactionary? Can it be both? Fascism is notoriously hard to define. How do we make sense of an ideology that appeals to streetfighters and intellectuals alike? That calls for a return to tradition while maintaining a fascination with technology? And that preaches violence in the name of an ordered society? In the new edition of this Very Short Introduction, Kevin Passmore brilliantly unravels the paradoxes of one of the most important phenomena in the modern world--tracing its origins in the intellectual, political, and social crises of the late nineteenth century, the rise of fascism following World War I -including fascist regimes in Italy and Germany -and the fortunes of 'failed' fascist movements in Eastern Europe, Spain, and the Americas. He also considers fascism in culture, the new interest in transnational research, and the progress of the far right since 2002. About the Series:
Oxford's Very Short Introductions series offers concise and original introductions to a wide range of subjects--from Islam to Sociology, Politics to Classics, Literary Theory to History, and Archaeology to the Bible. Not simply a textbook of definitions, each volume in this series provides trenchant and provocative--yet always balanced and complete--discussions of the central issues in a given discipline or field. Every Very Short Introduction gives a readable evolution of the subject in question, demonstrating how the subject has developed and how it has influenced society. Eventually, the series will encompass every major academic discipline, offering all students an accessible and abundant reference library. Whatever the area of study that one deems important or appealing, whatever the topic that fascinates the general reader, the Very Short Introductions series has a handy and affordable guide that will likely prove indispensable.

Dr Kevin Passmore is a Reader in History at Cardiff University. His The Right in the Third Republic was published by OUP in November 2012. He has continued to publish widely on fascism since publication of the VSI in 2002, but has also written on the history of the social sciences and historical writing.