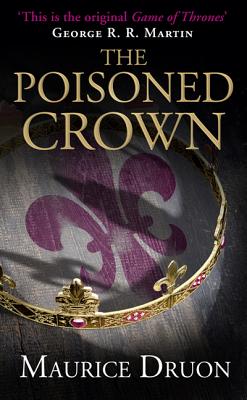 This is book number 3 in the Accursed Kings series.

'This was the original game of thrones' George R.R. Martin

No man is impervious to the poisons of the crown...

Having murdered his wife and exiled his mistress, King Louis X of France becomes besotted with Princess Clemence of Hungary and makes her his new Queen.

However, though the matter of the succession should be assured, it is far from so, as Louis embarks on an ill-fated war against Flanders.

Where his father, Philip IV, was strong, Louis is weak, and the ambitions of his proud, profligate barons threaten his power and the future of a kingdom once ruled by an Iron King.